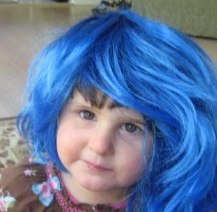 In 2008, our second daughter, Zoe, was born. We were thrilled to have such a happy, healthy baby, and big sister Hannah was delighted to have a little sister to play with! Like most parents, we kept track of all of Zoe's milestones and recorded them in her baby book. Then, around her 1st birthday, we started to notice we were writing less and less in her book. We began to have concerns about her development; she seemed to have trouble doing simple things, such as clapping her hands. And skills that she seemed to be acquiring, such as feeding herself, speaking a few words, and pulling herself up to stand, seemed to be disappearing. At around 20 months of age, we learned the name of a condition we had never before heard of -- Rett Syndrome -- and worse, we learned that that's what Zoe had.

Our lives were turned upside down in an instant, and we grappled with every feeling imaginable. But very quickly, we realized that we had to do something. We researched. We spoke with experts on the condition, and slowly reached out to others in our area who also had little girls with Rett. We fundraised. We got Zoe involved with as much therapy as time and insurance would allow. And we tried our best to make her experiences as normal as possible. We are now more than 4 years beyond that diagnosis, and despite her quite significant physical limitations, Zoe has proven herself to be a very sweet, happy, smart and funny little girl!

There is no cure for Rett Syndrome. Girls with Rett Syndrome will likely experience seizures, breathing abnormalities, feeding and digestion issues, and sleep disorders. Many girls will never walk, or may lose their ability to walk. They will live a life trapped in a body that they simply cannot make work correctly.

Though there is no cure for Rett Syndrome at this time, there is hope! Research has shown that it is not a degenerative condition, and that the effects are potentially reversible - in 2007, Dr. Adrian Bird successfully reversed the effects of the condition in laboratory mice. Current research is underway to find out how to effect the same result in humans. Unlocking the mysteries of Rett Syndrome could pave the way to similar treatments for Alzheimer's, Parkinson's, and a host of other neurological disorders.

Though Rett Syndrome is as prevalent as Huntington's and ALS, it receives far less research funding. Most research is privately funded by foundations and dedicated families who fundraise in the hopes that a cure will come in their daughter's lifetime. We certainly hope that will be the case for our Zoe! We are so close...

There are no recent supporters to display.

There are no top donors to display.