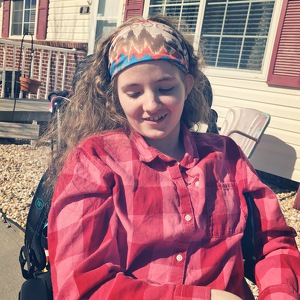 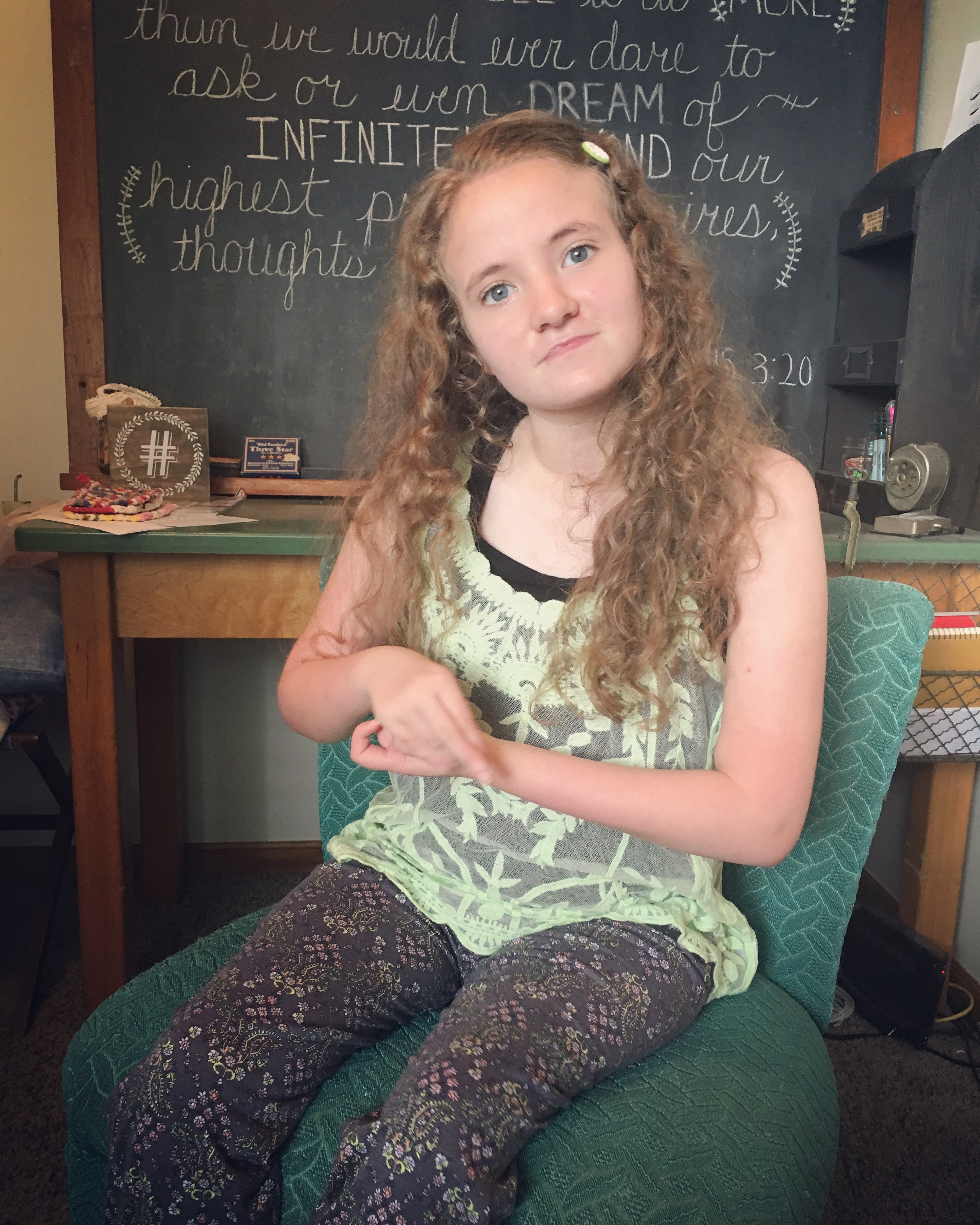 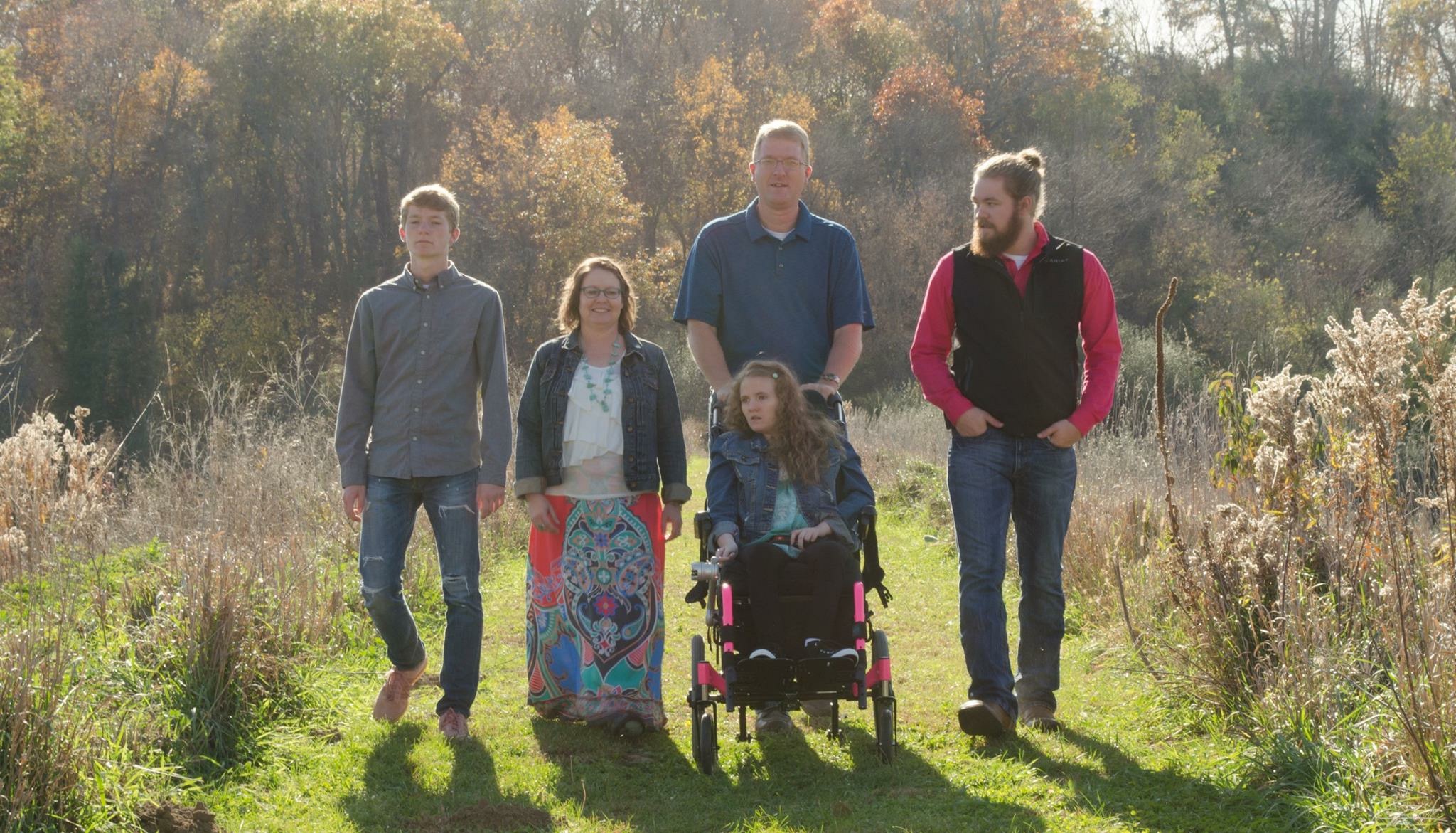 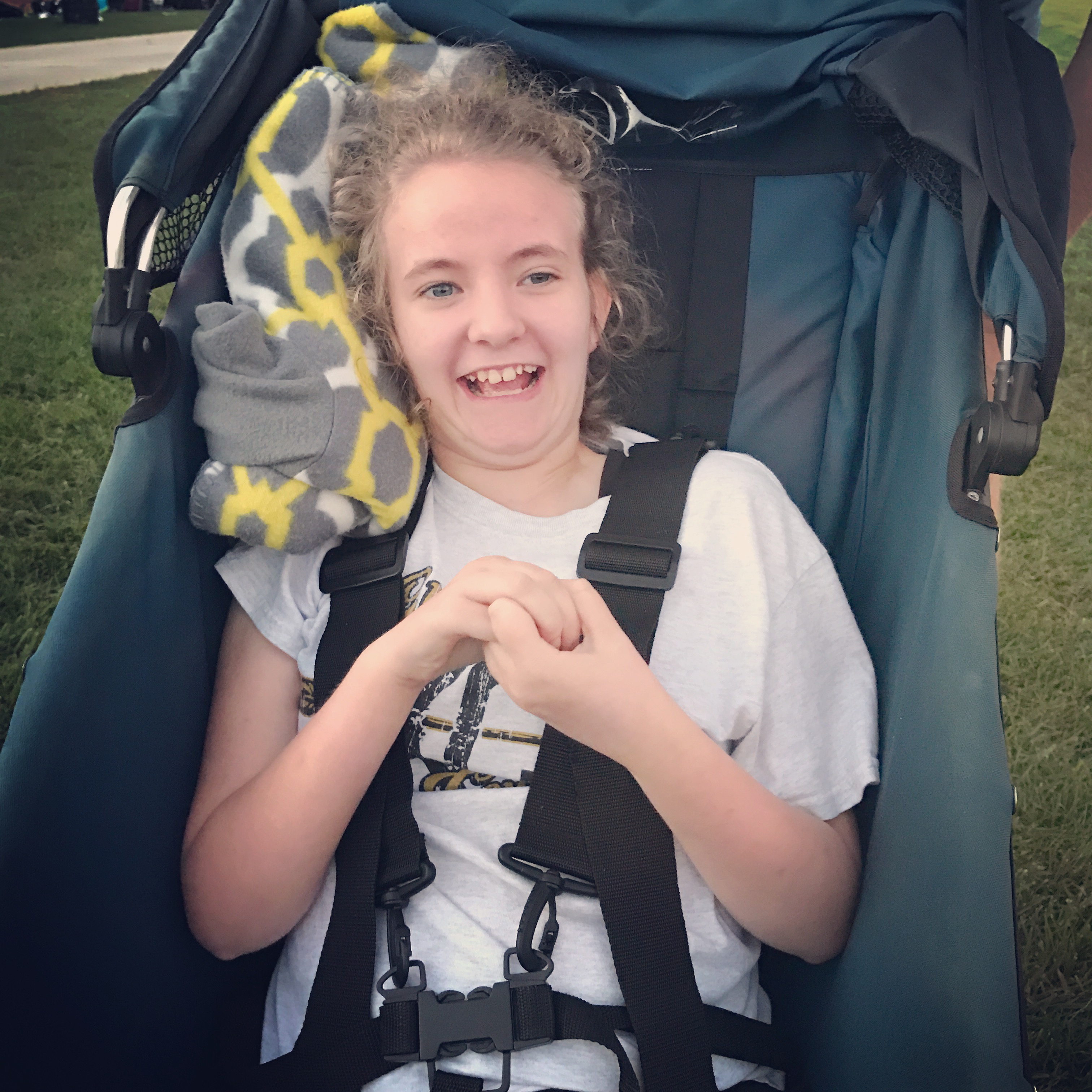 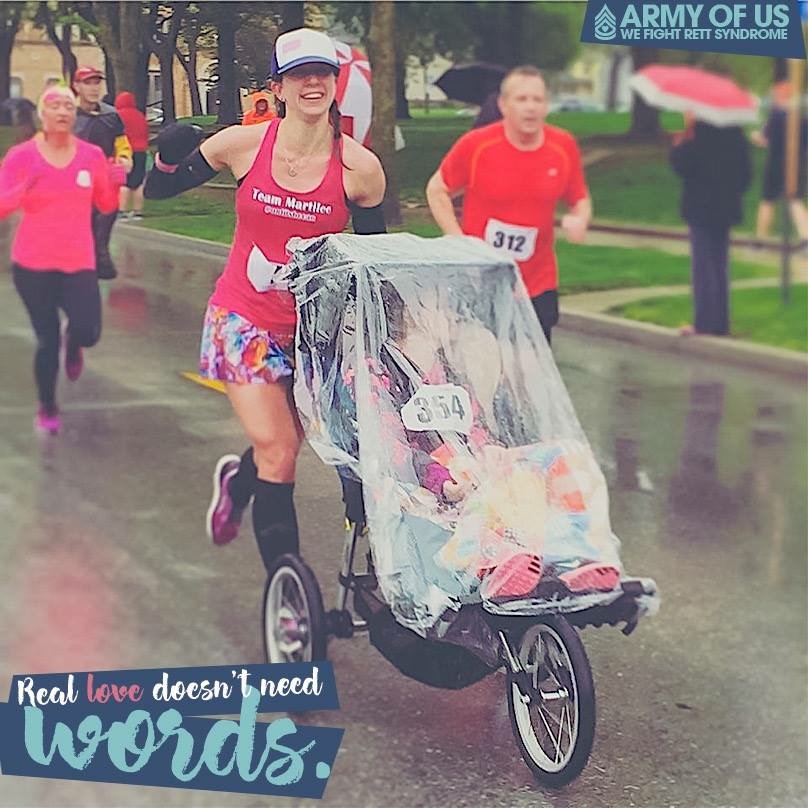 Our beautiful, blue-eyed baby girl came into this world on August 17, 2002. She was welcomed home by her two older brothers. Martilee Mae (named after her Great Grandmas Betty Martilee and Frieda Mae) completed our little family. She was a healthy, happy, and content baby.

Martilee met all her developmental milestones for the first few months except for bearing weight on her legs. We started questioning this around six months, but because everything else seemed "normal", I guess we weren't overly concerned. By nine months she started losing interest in toys, had a few "startle" episodes upon waking and began pulling out her hair. I also noticed that my usually happy girl was crying more and more.

We were referred to one of the top pediatric neurologists in Kansas City (who also happened to be my best friend's mom). She was puzzled by what was going on with Martilee and it seemed with each visit there was some new symptom or yet another skill she had lost. Our sweet doctor would hug us, pray for us, and tell us she would keep searching for an answer. In late February or early March of 2004 she suggested that we see a developmental pediatrician, Dr. Edward Hoffman. A few days later, our wonderful doctor and friend passed away and we were heartbroken.

After a fairly extensive exam with Dr. Hoffman, he suggested Martilee probably had one of three things: Mitochondrial Disease, Angelman's or Rett Syndrome. We had never heard of any of these, but I remember him very clearly saying, "Do not go home and look these up on the computer." First mitochondrial was negative and then Angelman's was negative......so they drew blood to test for Rett Syndrome. By this time I had begun to ignore the doctor's advice and started researching more about Rett Syndrome.

While still waiting for test results, we moved from Kansas to Arkansas. Oh, it was tough. Martilee would cry for hours and hit her chin with her arm so hard that she was bruised. She could no longer use her hands and she was silent except for the crying. Before Dr. Hoffman called us with the positive test results on July xx, 2004, we already "knew" she had Rett Syndrome. The list of symptoms had too many checkmarks for it not to be.

I may fill in more details later, but for now I will tell you that Martilee is 14 years old and in the 8th grade in Glenwood, Iowa. She is in a wheelchair, but can bear weight with assistance. She has had a feeding tube for several years. She has seizures and irregular breathing. She uses a Tobii eye gaze system to help her communicate. In June of 2016 she had spinal fusion surgery to correct severe scoliosis.  She loves horseback therapy, music and spending time with her two older brothers. She is almost always happy. Her smile gets us through even the toughest days.

Martilee's hands are usually clasped together. A few years back I started saying that she was "holding hope in her hands" - hope for a future without Rett Syndrome!

One more thing.... If you have the book "Raindrops and Sunshine" compiled by Kathy Hunter, our story of "Tea Party Dreams" is part of the introduction. You can also read it on my blog (which I haven't updated in over a year) - http://www.vanessacovington.blogspot.com/2007/07/tea-party-dreams.html